Walk into any mall and you’re likely to find one: A cheap costume jewellery and accessories store or booth offering to pierce ears in seconds using a plastic piercing gun at a bargain price. A service plenty of people, many of them teens and young kids, take advantage of on a regular basis.

It may be common practice, but is it really a smart choice to get pierced by a piercing gun? The truth is, even if that gun is being handled by a professional piercer (and not just an employee with no special training working at a mall kiosk), getting a piercing done with anything other than a sterilized needle is not a great idea. Why? Let’s take a closer look at the top three reasons why piercing guns come up short when compared to piercing needles.

Piercing guns require no special skills to use and are super quick, but the negative effects they can cause may last for days, weeks or even be permanent. As we all know, needles — or any object that’s piercing the skin, for that matter — should be completely sterile to minimize the possibility of infection.

Unfortunately, piercing guns can only be disinfected, not sterilized. Because they are made of plastic, they cannot be placed in an autoclave — this would simply melt them. The best that can be done is to wipe down the gun’s external surface with alcohol or an antiseptic solution, but even then, the microorganisms inside can continue to thrive and can spread from one customer to another.

As the Association of Professional Piercers [APP] explains, “blood from one client can aerosolize, becoming airborne in microscopic particles, and contaminate the inside of the gun. The next client’s tissue and jewelry may come into contact with these contaminated surfaces.”

This means staph infections and diseases, like hepatitis (which can actually survive on an inanimate object for weeks), may unknowingly be passed on to a client, especially to one who is younger or has a weakened immune system that’s more susceptible to infection.

This is why “only sterile disposable equipment is suitable for body piercing” and “any procedure that places vulnerable tissue in contact with either non-sterile equipment or jewelry that is not considered medically safe for long-term internal wear” is unsafe. For this very reason “APP members may not use reusable ear piercing guns for any type of piercing procedure.”

Another risk that comes with using a piercing gun is the chance of damaging the tissue around the earlobe. Because the gun forces a blunt earring post to do the piercing, tissue in the area can easily be damaged. Unlike a sharp needle which easily glides through in one smooth motion, a gun uses force and pressure, which can result in swelling, pain or even scarring.

What’s more, if a client has thicker earlobes, if the person doing the piercing makes a mistake or if the gun malfunctions, the earring may not go all the way through on the first try. In this case, the earring will either need to be forced through manually, causing even more trauma, or the client will need to be pierced a second time, “risking contamination of the gun and surrounding environment by blood flow from the original wound,” the APP points out.

Using the gun on anything other than the earlobe, like on cartilage or structural tissue, can pose even greater complications and should definitely be avoided altogether. As the APP explains, “gun piercings can result in the separation of subcutaneous fascia from cartilage tissue, creating spaces in which fluids collect.” This can result in permanent lumps.

Once the gun has forced the earring into the lobe, another problem may be encountered. As the APP writes, “ear piercing studs are too short for some earlobes and most cartilage”. This means that once the earring is on and the healing begins, the tissue will never actually be allowed to return to its original state and heal as it needs to.

“The diminished air and blood circulation in the compressed tissue can lead to prolonged healing, minor complications and scarring.” What’s more, the risk of infection is increased as proper cleaning becomes harder and bacteria can easily become trapped between the tissue and the earring. In extreme cases, the entire piece of stud gun jewelry may actually become embedded in the earlobe, requiring surgical removal.

As you can see, piercing guns come with a long list of negative side effects that simple, sharp and sterile piercing needles simply do not present.

One final note: The APP also strongly urges the wearing of a clean pair of disposable gloves or, better yet, a sterile pair, for every single piercing, no matter if it’s completed with a gun or needle. 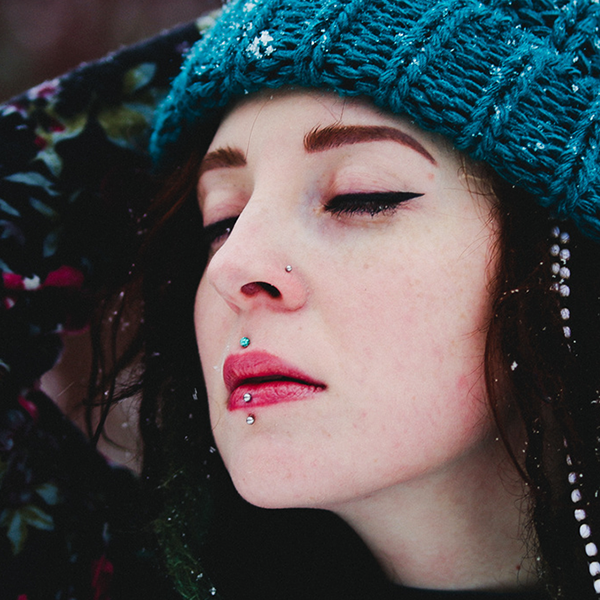 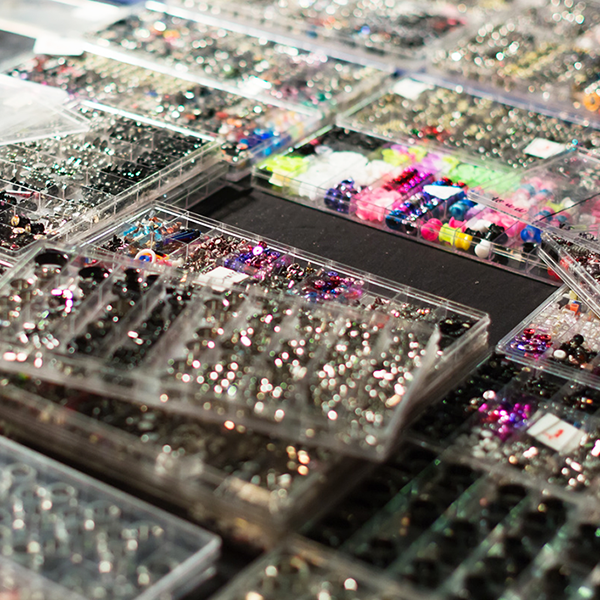 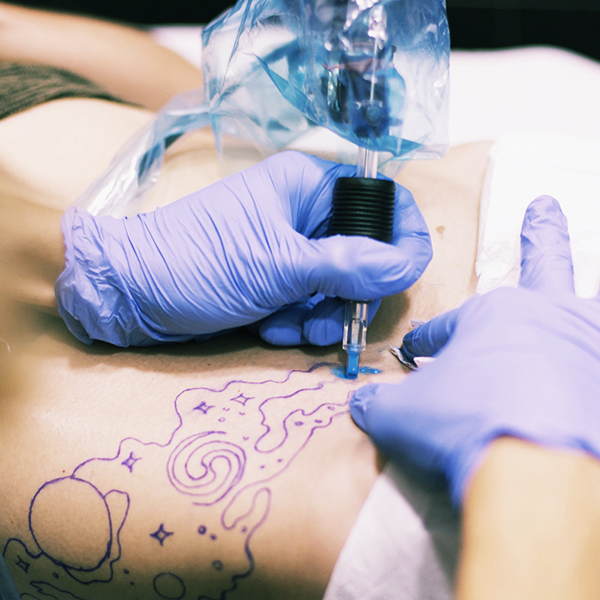 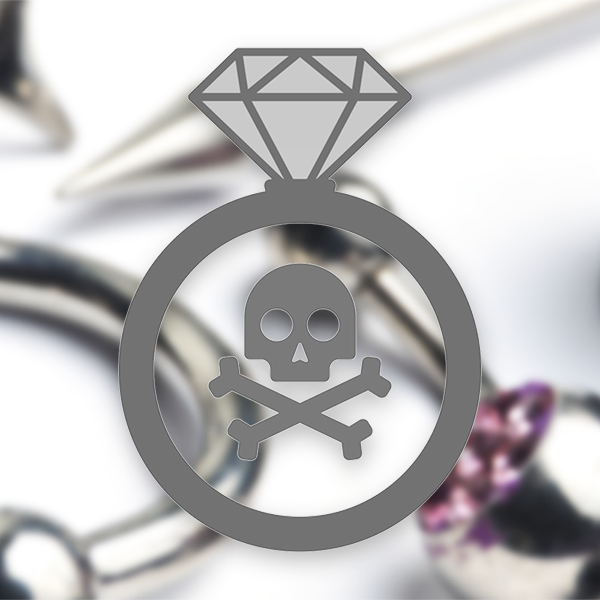 Jewelry that Kills
Powered by k-eCommerce for Acomba